3 TIPS FOR BETTER MEMORIZATION AND SLEEP

In March 2020, as the pandemic loomed larger and larger in each day’s headlines, I took a flight by myself to Toronto. This was going to be my biggest commercial job to date, but I was also aware that I was going to be the only actor on the set—if you didn’t count as costars all the different vehicles I was going to be interacting with. If I flubbed a line, I couldn’t blame the 2020 Ford Escape standing next to me. We were about to shoot seven spots for GM Genuine Parts and ACDelco, and in the week before leaving Chicago, I had fully memorized each script.

Chicago’s theater folx will be no strangers to quickly memorizing vast swaths of text in their work, but my experience had been in the voice-over booth, where your script sits comfortingly on the stand in front of you. Or in my other commercial work, where most of the time I’d had no lines at all, instead leaning on my dazzling smile like a toothy white crutch. I’d done TV shows and films, but those had been mostly consisted of short scenes. For this shoot, there had been so many pages of copy I assumed there would be a teleprompter.

“No teleprompter,” a producer said over the phone in pre-production. Because the camera was going to be constantly moving, I wouldn’t be able to read from a teleprompter. And because of our shooting schedule, I would need to be off-book when I arrived.

If I sound like I’m selling myself short, let me toot my own horn for a paragraph. These scripts for GM included phrases like “ferritic nitrocarburizing” and “nitrile drainback valve,” which did look intimidating on the page and I did Google them. But my experience in voice-over rattling off pharmaceutical mumbo jumbo at top speed had prepared me to, once I know how a word is pronounced, rattle it off with confidence. Also: as a senior in high school I had played Atticus in To Kill A Mockingbird and hadn’t dropped a line. Even though that was in 2006, I remembered my 17-year-old self giving those monologues draped in baggy costuming.

I arrived on set for the first day nervous about looking my best, performing well, and making friends. But I wasn’t nervous about the lines, because I had done 3 things to set myself up for success.

I am typically a procrastinator. If the choice is another round on the Playstation and rushing to do the dishes before I leave for work, or turning it off and listening to a biography on audiobook while calmly doing the dishes, I’ll typically take option A. But in this case, I exercised some self control, and made a plan that worked for me. I had 7 scripts to memorize, so I wrote a ten day plan. I wrote out a calendar and put one script on each day. That left me with a 3 day cushion before I left. When I wrote that plan, I was hopeful that I wouldn’t need the 3 day cushion, but I knew myself enough to understand that I would probably be using those days to memorize as well. All I had to do on each memorization day was review the previous day’s (or days’) material, and learn one new script. Well, I also had to do other things like go to work at my restaurant job. But I think that only having small, dedicated time periods actually helped me focus, and it’s something that I’ve continued to do. If I have something to accomplish, I will block off a small amount of time to do it, and make sure I have other things to accomplish. Unemployed at home in the pandemic, I would block off one hour to complete a self tape, and put tasks like “vacuum the floors” and “take a walk” on my to do list around it. The decision not to procrastinate eliminated the panic of “I have this thing to prepare for and I’m not preparing and now I can’t sleep,” and the weeks leading up to Toronto were relatively stress-free.

Second: I WROTE IT ALL DOWN.

This is something I have always done. Everyone’s brain works differently, but I highly recommend writing your lines down, even if it’s just a few words for a commercial. Sometimes this backfires on you, like when I had to memorize a breakup scene and my wife, who was my girlfriend at the time saw what she thought was my journal with phrases written in it like, “I’m going to have to end it.” But the act of writing things down, by hand, with a pen, makes a deeper imprint on my brain, and has always helped me. So I made notecards and wrote each script on them as neatly as possible. This was probably the most tedious part of the memorization process, but it was worth it to get the scripts out of my hands. This was a placebo-esque benefit too. I was off-book, but on-cards. Making the notecards also gave me the opportunity to write in pronunciations where I knew I would need them.

And third: ONE SENTENCE AT A TIME.

Just like Algebra II my senior year, this was going to be cumulative. But unlike Algebra II, I didn’t get a D+. I don’t know what’s up with all these high school references. When memorizing a script, though, I would start with the first sentence and repeat it out loud until I didn’t need the notecard anymore, just for that line. Then I would add the next sentence. It was painstaking and time consuming, but by the time I added the final sentence, it was like a snowball rolling downhill—a snowball of knowledge rolling downhill at breakneck speed, growing larger and larger, threatening doom and destruction upon the village below: the village of Insecurity. Inspiring stuff. This has become my main system for memorizing, and now that I’ve used it a few times, it takes me about 10 or 15 minutes to memorize a one-minute monologue.

Putting in the time to get the lines paid off. I probably could have gotten away with memorizing the night before, cramming the information in at the last minute. But being able to forget about memorization gave me an ease with the lines. I even got to read the book I brought, instead of spending every break and evening having a panic attack. As for my other concerns, memorization gave me the freedom to make friends and to perform well. 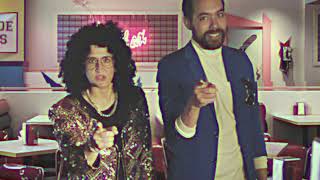